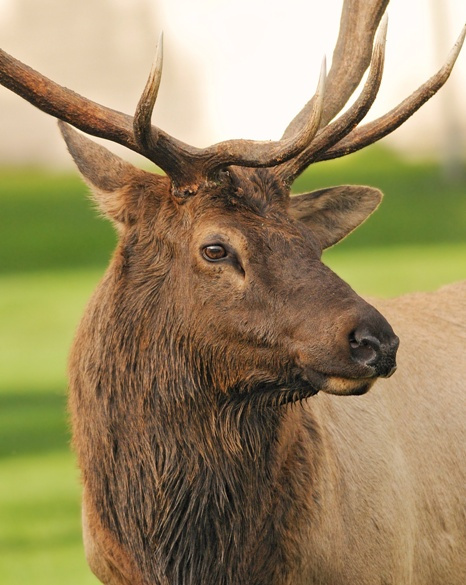 In addition to being nestled within the Daniel Boone National Forest, Manchester and Clay County are doubly blessed by being within the beautiful backcountry of Kentucky's Elk Country Corridor. The Elk Country Corridor, located in southeastern Kentucky’s Cumberland Plateau, consists of the counties of Clay, Breathitt, Knott, Leslie, Letcher and Perry. A portion of the corridor borders on Virginia. Major routes through the region include US Highways 119 and 421 and KY Highways 15 and 80 (Hal Rogers/Daniel Boone Parkway). The landscape, featuring some of Kentucky’s most remote and unspoiled areas, includes rounded mountains, rolling hills, valleys and hollows. Elevations vary from 3,273 feet in the mountains to 675 feet in the valleys.
The six counties in Elk Country Corridor have a combined population of 129,100. Major towns include the county seats of Manchester, Hazard, Hindman, Hyden, Jackson and Whitesburg. Small towns dot the landscape. Red Fox, Buckhorn, Bearville and Wildcat attest to the importance of the region’s abundant game to the early settlers. Goose Rock, Shoulderblade, Sizerock, Topmost, Fall Rock and Grays Knob bring forth images of the rugged terrain that challenged the pioneers. Once the mountains were conquered, waterways became the main source of transportation within the region. The settler’s attitude toward the unpredictable waters is evidenced in names including Troublesome Creek, Quicksand, Cut-Shin Creek and Hell-Fer-Sartin Creek.
The region, known for its fantastic array of natural environments, is home to two national forests, two state parks, four wildlife management areas and nature preserves. The small towns, scenic parks, rugged terrain and plentiful wildlife play an important role in the character of Elk Country Corridor, but the largest factor remains the people. They are dedicated to their mountain heritage and are willing to share it with visitors. Throughout the corridor, there are opportunities to hear their music, view their architecture, study their history and experience their craft-making traditions. 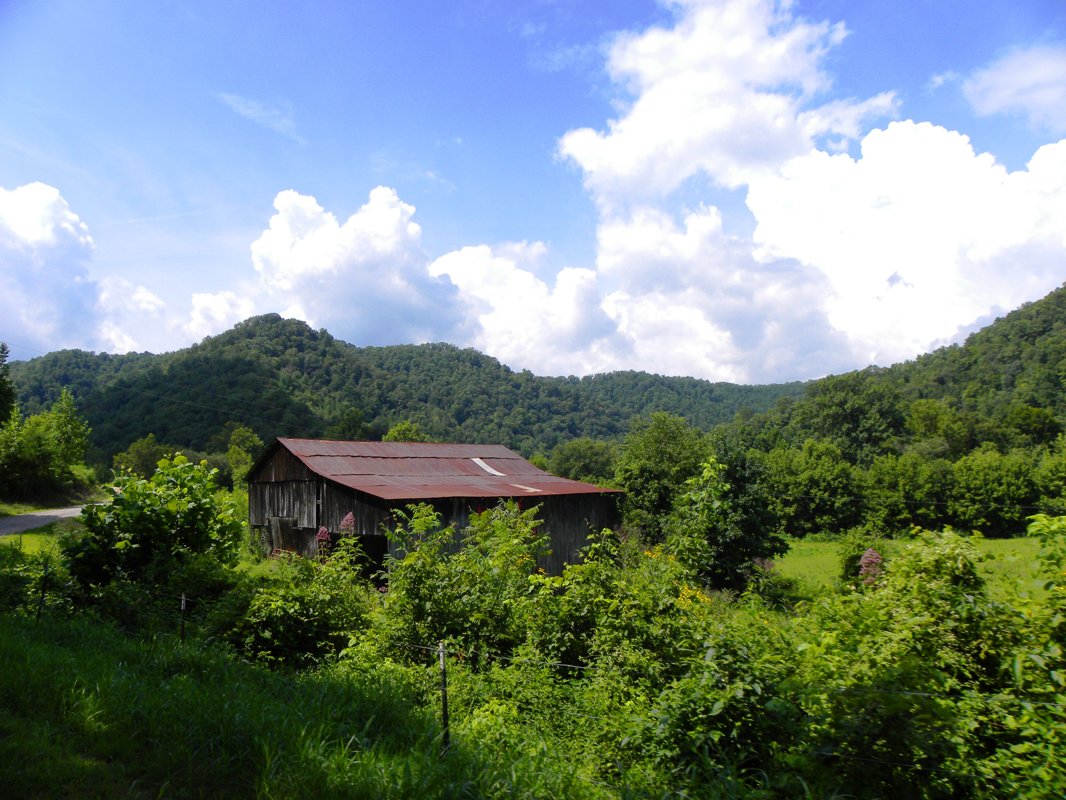 In the mid 1700s, in the Elk Country Corridor region, Shawnee, Cherokee and Iroquois tribes claimed ownership of the land and hunted in the dense forests. During that period, colonists in Virginia, Tennessee and North Carolina heard rumors about the sparkling streams and plentiful wildlife on the other side of the mountains, but the forbidding terrain kept them from entering the region. Dr. Thomas Walker, who followed an Indian War Trail to the area in 1748, is believed to be the first person to provide a written account of the region. Outbreak of the French and Indian War in 1754 delayed further exploration for over a decade. After Daniel Boone marked the Wilderness Road in 1775, settlers soon began crossing through Cumberland Gap. Kentucky became the 17th state to join the Union in 1792, but the population in the southeastern portion remained small until after the Civil War when northern companies initiated their grand plan for the area. They bought lumber and mineral rights to much of the land. After harvesting the salt and lumber, they began building railroad and small towns to support their coal mining ventures. By the early 1900s, coal had taken over the local economy. Today, tourism is one of the major industries in the area. The scenic beauty and outdoor recreational opportunities along with the system of state parks and new highways beckons visitors to the Elk Country Corridor. 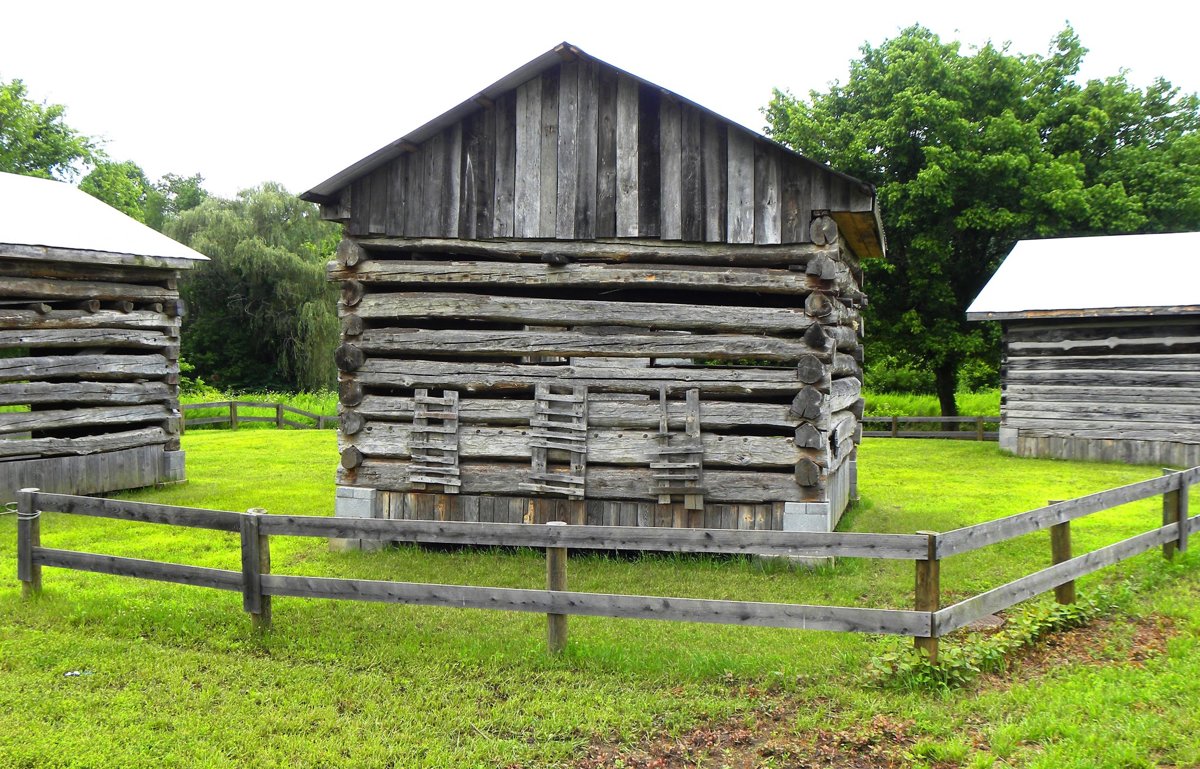 Elk Country Corridor’s history is preserved at its museums and historical sites including:

The region offers many opportunities to experience its rich cultural heritage including: 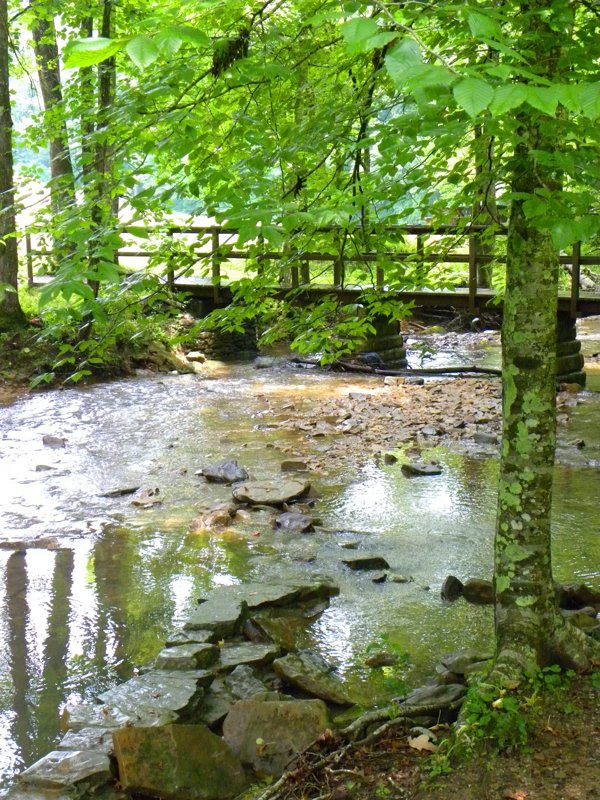 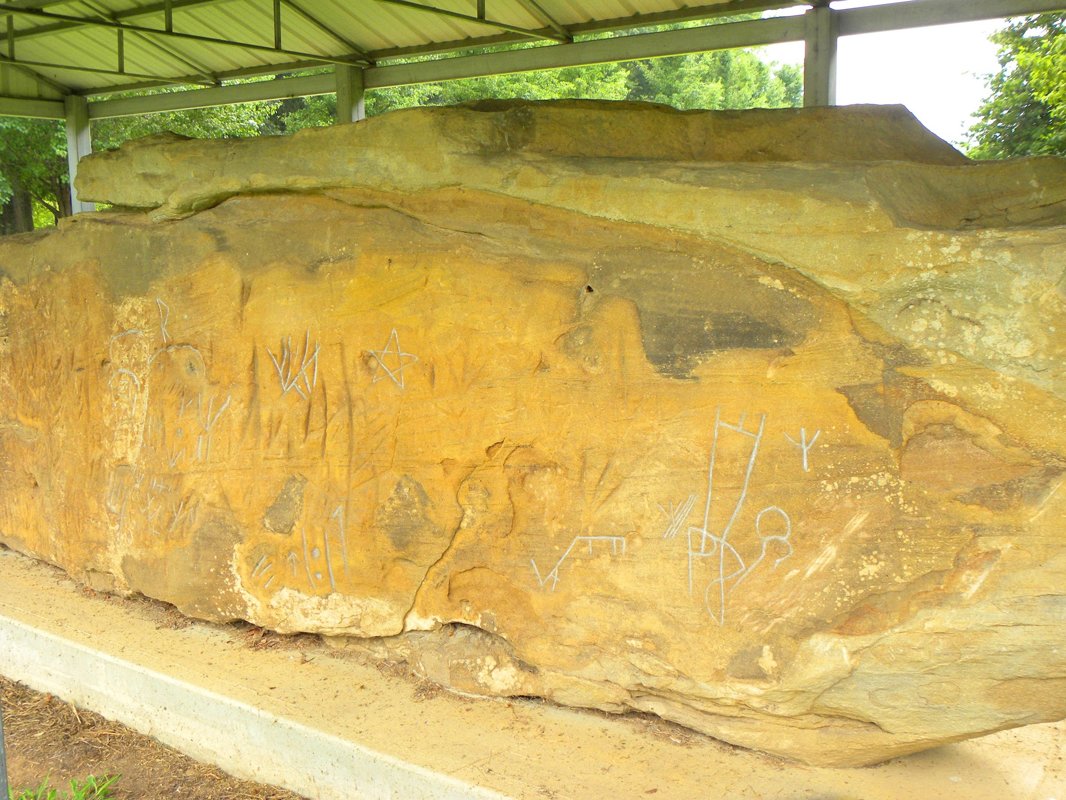 Ancient Rock Writings (606-598-1754), believed by some to be the oldest known Christian inscriptions on the North American Continent, made by an Irish Monk. Others believe the markings on the stones reflect on the Indian bone tool-making industry. The writings were discovered in 1994 when a huge piece of rock fell from a sandstone cliff onto State Road 66 near Manchester. The huge stones can be viewed daily at Rawlings & Stinson Park in Manchester.
Yoder’s Bulk Foods (606-785-3344), located on the Hindman Bypass, offers an opportunity to step back in time. The store offers specialty cheeses and food items unique to the Mennonite community, baked goods, deli items, bulk cooking supplies and craft items.
Challenger Learning Center of Kentucky (606-436-5721), located in downtown Hazard, features a Children’s Interactive Science Center and a simulated space mission to study a comet or the planet Mars. At the gift shop, visitors can purchase freeze dried ice cream and other freeze dried specialties that astronauts take into space. Reservations are required. 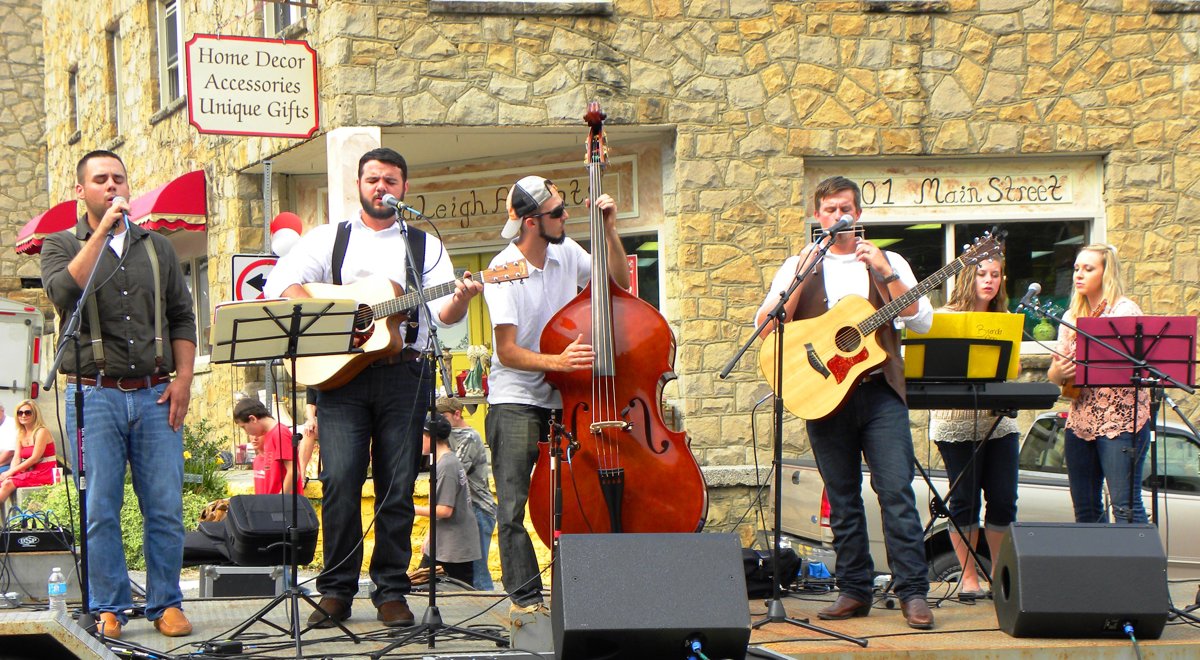 There’s something for everyone at Elk Country Corridor’s many festivals and special events. The offerings include, but are not limited to: 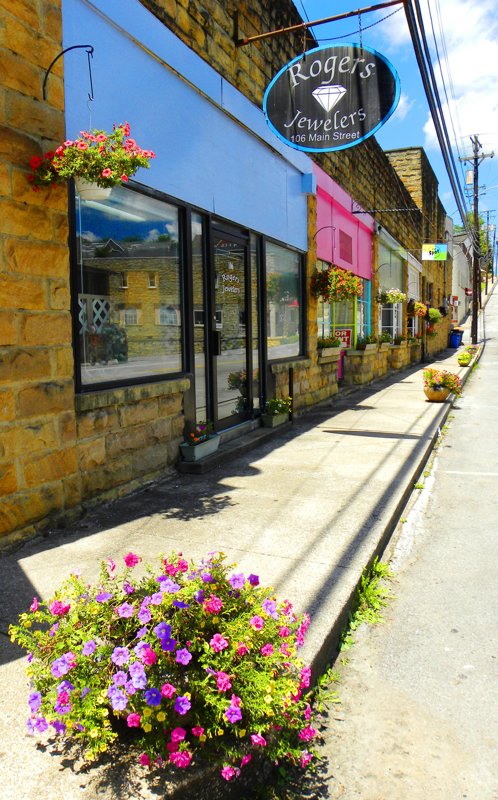 Many treasures can be found in the shops of Elk Country Corridor. Shopping adventures can include discovering a great antique at Oven Fork Mercantile in Eolia, a rare recording at Appalshop in Whitesburg or a special bottle of local wine at Highland Winery in Seco. Co-ops, such as Pioneer Village in Red Fox, Morris Fork Crafts in Breathitt Co. and Pine Mountain/Letcher County Crafts Co-op in Whitesburg, allow shoppers to view the work of many artisans at one stop. Fine works of art can be found at Valley of the Winds in Eolia, Kentucky Appalachian Artisan Center in Hindman, and Marie Stewart Craft Shop in Hindman. Along with offering a wide selection of expertly crafted items, several shops are housed in historic structures. Examples include Red Bird Mission Crafts in Beverly, Pioneer Village in Red Fox, J.D. Maggard’s Cash Store in Whitesburg, Oven Fork Mercantile in Eolia and The Cozy Corner in Whitesburg offers one of the finest selections of Appalachian music and books in the area, as well as a selection of the finest quilts and other crafts.

The aroma of fried cornbread hovers over the valley and mingles with the crisp mountain air. Pull up a chair. A variety of lunch and dinners are on the table at restaurants in Elk Country. Favorite Southern entrees are usually accompanied by fresh-baked biscuits and cornbread, along with plenty of sweet tea.
Country-style cooking can be found throughout the Elk Country Corridor. Every town has restaurants serving up their own variation of treasured Southern recipes. Sample the offerings of the region. The spectacular mountain scenery rivals the food in the area. Enjoy both at the Dining Room at Buckhorn State Resort Park or at Pine Mountain Grill in Whitesburg.
NEXT: Discover The Real Appalachia In Manchester & Clay County Kentucky

"Stay In Clay" is comprised of progressive Clay County residents who have come together to cross all boundaries of race, economic, and social class, to empower our people, bond our community, and strengthen our local economy...to move Clay County forward with pride and purpose.
Stay in Clay is a group formed to help boost the spirit, pride, and morale of our people and help improve the look and condition of our hometown/county. We want Manchester and Clay County to be the place people want to live, stay, retire, visit, come home to!
Join The Stay In Clay Movement